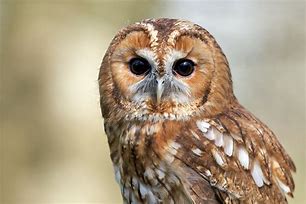 
Hirundines in Ashford during 2020

With the departure of these summer visitors on their long migration to sub-Saharan Africa, it seems a good time to write my promised summary of their presence in, or very near to Ashford. The summary is based on what I have seen or been told, but it is likely that this picture is not entirely complete. My thanks to those residents who have sent me information and I hope this resumé will be of interest to all.
Swallows
I was told of four separate locations locally, some with multiple nests and some with multiple broods. All with multiple chicks!
Don’t be surprised if you still see swallows around, sometimes as late as November if conditions are favourable. The late brood birds are often left behind to make their own way south once they have become strong enough, a long flight when you are only a few weeks old!
House Martins
I know of three locations, again with multiple nests.
One nice story is of birds returning this year, only to find building work where their nest previously was. No problem, they moved to another wall and built anyway.
Also a less happy story of birds who were regular nesters at one location overlooking the estuary. One year their nest was destroyed by a summer storm and regrettably they haven’t returned since.
A short word on Sand Martins. Although they are very unlikely to be seen in Ashford, I have seen them regularly, for a few days in the spring, around the ponds in Croyde. I believe they congregate to feed and recuperate after their inward migration, before moving on to I know not where!
Swifts
Although not hirundines, these fascinating birds are often associated with swallows and martins, so I have included a mention. They are birds of towns and villages rather than the countryside, although they are frequently seen flying along the estuary and this year were reported in some numbers around Heanton Court. I have no reports of nests. Of the ​birds mentioned here, they are the last to arrive and the first to leave, so are not with us for very long.
Addendum
Reports from several widespread sources indicate fewer birds arriving this year than normal. Ironically, my own local experience has been the opposite. Perhaps because we had swallows nesting at the house for the first time, we saw many more swallows and martins around us than normal. One delight was an evening hatch of flying ants from the long grass in our garden, accompanied by 20 odd swallows diving around at head hight making the most of an easy supper.
Until this year I would had denied that swallows pitch in trees. Roofs, gutters, overhead wires yes, but not trees. Then a month ago we went to a lovely garden near Axminster (Burrows Farm) and there was a big acacia tree, full of swallows! Why not, I imagine in Africa it’s an obvious choice.
​
From summer into autumn

​Now is a good time to listen for Tawny Owls. Although difficult to see in gardens because of their nocturnal habits, at this time of year the owls will start to become more vocal. This, in part, is to encourage this year’s juveniles to go off and find their own territory.


Both the males and females make the sharp ‘kewick’ contact call. Only the males utter the distinctive wavering hoot. It is probable that the ‘twit-twoo’ of owl legend derives from the female making the contact call ‘kewick’ and the male responding with his wavering hoot.